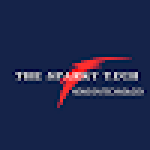 In the given article, we are known about the top 10 uses of autonomous drones using artificial intelligence in different sectors in different ways, before that in the previous article we are providing a details article about the top drones in 2022, top technology trends and many more so if you miss reading this article then click here

A drone that is autonomous can fly safely without the help of an instructor. This is achieved with the help of artificial intelligence, which allows it to tackle an array of unforeseeable and unanticipated emergencies. This autonomous robot has reached the highest degree of 3D autonomy in the air to the present. It can carry out complex transport distribution security, inspection, and research tasks in addition to a variety of innovative ways of collaboration with other drones as well as land-based robots. Drones have gained popularity rapidly in recent years because unlike human-powered aircraft, they are able to fly or be on the ground for prolonged durations. They are also less expensive than military aircraft, ships, or ground vehicles and there’s no chance of the crew members being killed in their lives.

Apart from military applications of aerial photography and videography and also for recreational purposes, the acceptance of drones has been low over the past decade since the Federal Aviation Administration (FAA) granted its first drone commercial licenses in the year 2006. The global commercial drone market is predicted to grow to US$17 billion by 2024, as per Global Market Insights.

One of the most important sectors that have benefited from the use of autonomous drones in agriculture. Drones can quickly map out regions and sprinkle fertilizer or water on farms. Farmers could use drones that have sensors to gather a large amount of data, which they use to manage risk and improve their agility. The drone that is autonomous is more affordable since they employ less chemicals. Drones are able to assist farmers in reducing the time and expense of processes like inventorying crops, irrigation, and monitoring the health of animals.

Drones could help reduce the number of injuries and deaths among workers in certain high-risk jobs. Roof inspections are among the tasks that drones are able to perform better than humans, as per Inc. The report states that every year, about 50 roofers die in the course of their work, and many more are injured.

The autonomous drone is gaining new application in healthcare and for emergency response personnel According to Business News Daily, using drones to monitor an ominous situation or to provide medical supplies to patients who are trapped could increase emergency response medical professionals in their ability to care for patients in potentially hazardous situations. Zip line is a US business, that has employed drones for transporting blood and vaccines in Rwanda as well as Ghana.

Drones are under the radar of large corporations to enhance internet connectivity, especially in rural areas. As per Business News Daily, Facebook purchased solar-drone company Titan Aerospace five years ago in order to bring internet connectivity to people in the developing world using the Aquila drone.

5. Drones for surveillance and Protection

Certain drones are planes with no pilots aboard. These drones are employed to monitor, collect data, and threat detection with no consideration for hostage situations or the safety of the pilot. The demand for unmanned drones to assist border patrols and paramilitary forces and police in order to stop drug trafficking as well as other crimes is increasing every day. Airstrikes and surveillance, traffic monitoring rescue and search operations, bomb threats hostage handling, and fugitive tracking are only a few of the military applications for drones that are autonomous. Government agencies use drones to fight emergencies, and drones aren’t an imminent threat to human lives.

6. Drones inside Unmanned Underwater Vehicles for AI and Navigation

The most important reason to use UUVs that are not manned (UUVs) is security. If more UUVs are used, less people are required to operate in potentially dangerous underwater environments, including divers gear or manned submarines. UUVs are employed in the Navy to locate mines, locate submerged obstacles and wrecks and map ocean floors and take underwater photographs of archaeological sites. UUVs are also utilized in the maritime industry to aid the exploration and production of offshore oil. The offshore oil industry often operates in dangerous and deep waters, which pose an extremely risk to the lives of humans. Through remote maintenance and inspection of pipes, cleaning up waste, and assisting in drilling, robot underwater vehicles aid in saving costs and keep their personnel secure. This trend is predicted to remain for the next five years, increasing demand for both militaries and commercial UUVs.

A lot of news organizations utilize drones to record and broadcast events. It has proven to be an easy and cost-effective way to do so. Drones come with cameras that permit them to be lowered and fly into smaller areas than larger human-powered aircraft. Drones viewers can catch an overview of the driver’s view of a speeding car in the news, however, helicopters offer large aerial views when they are engaged in speedy pursuits.

When it comes to lethal force, drones help in fighting and even eliminating missiles, which results in less collateral damage in comparison to weapons with other systems. Drones strike with a precise, specific, shrewd strike to prevent the zone of conflict from spreading. Additionally, removing fighters entirely from combat zones minimizes the danger to their lives. Drones are operated from places far from the battlefield, allowing their pilots to make better decision-making regarding their targets since they are not worried about their security. Drones are also a major contributor to the reduction of civilian deaths.

There’s also Drones as-a-Service (DaaS) If you’re considering purchasing a drone to use in your company. Measure pioneered this solution, which is similar to Software-as-a-Service (SaaS), to assist organizations to decrease the risks and expenses of adopting this technology.

The drone that is autonomous has lots of potential with regard to Amazon’s delivery services. Customers can expect to receive their goods within thirty minutes, or even less according to Prime Air. As per Amazon, Prime Air has many possibilities to improve the service that it already provides to millions of customers through providing faster delivery of parcels and improving the safety of the transport system and its effectiveness. Amazon expects to launch the service in a handful of areas over the next few months.